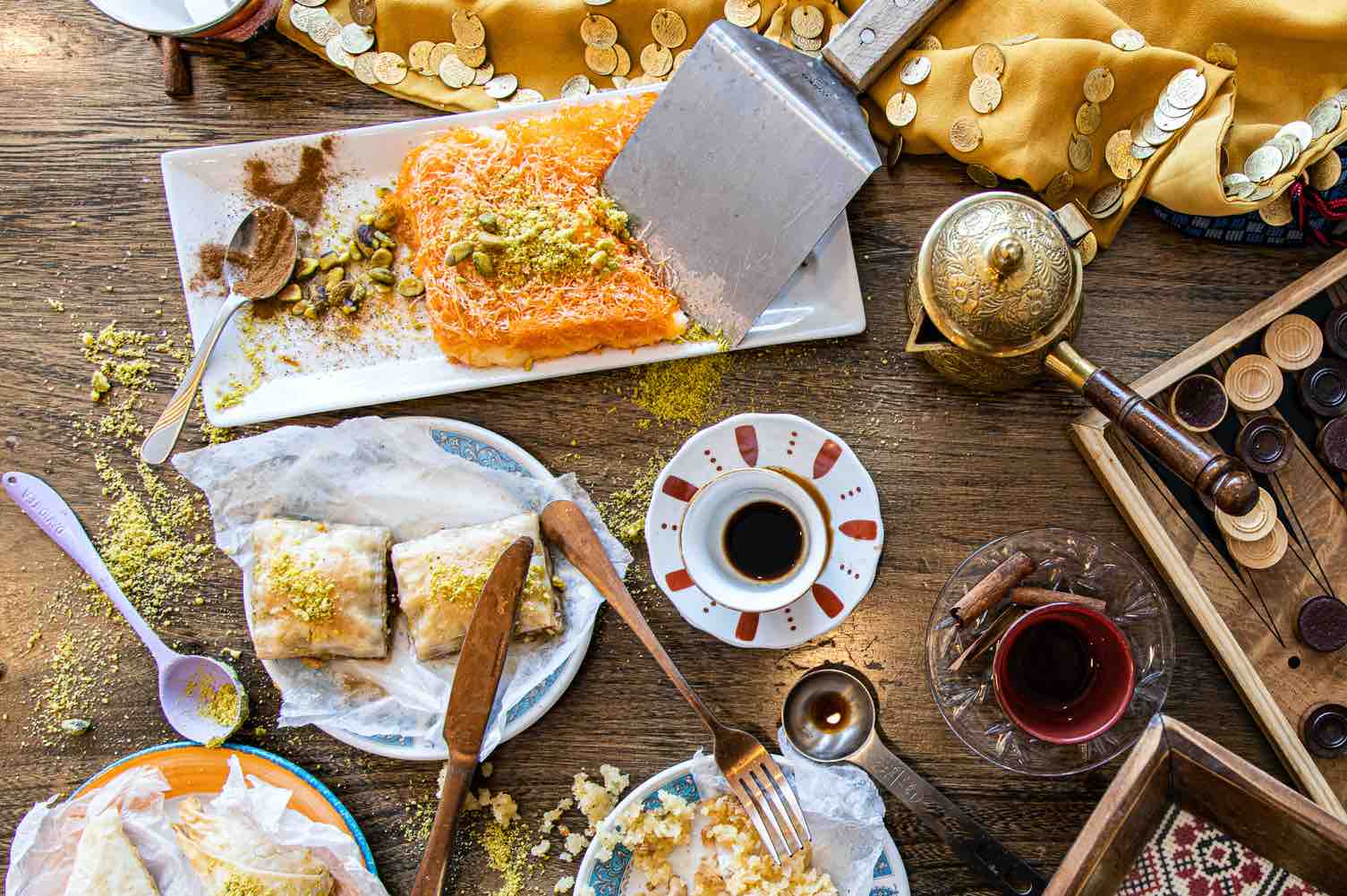 We welcomed Chef Mahmoud Darwazeh several months ago now, as our new kitchen Chef, adding to the café’s dynamic team of skilled masters of Arabic cuisine. He takes pride in his mastery of Arabic dishes. As the new culinary lead, his mission has been of innovating across the menu and making the food more craveable than ever.

We’ve been very fortunate to have him. He has over 10 years of experience. Chef Darwazeh is committed to exploring exquisite flavours from around the Arabic World with the aim to delight every palette and entice the senses.

A Chef Well-versed in Arabic Cuisine

Darwazeh previously led the Levantine and Andalusian Cuisine teams at St-Regis, Kempinski, and Grand Millennium in Jordan.  He also participated in Culinary Expos and won awards in Bahrain and Oman. As for his specialties, he excels in Msakhan, which translates into English as “heated up.” It’s the most famous of Palestinian dishes, a perennial favorite on menus that comes to the fore during celebrations such as the olive harvest season to celebrate freshly pressed oil. He also masters the Knafeh Nabulsieh, the jewel of Nablus, where he is originally from in Palestine. 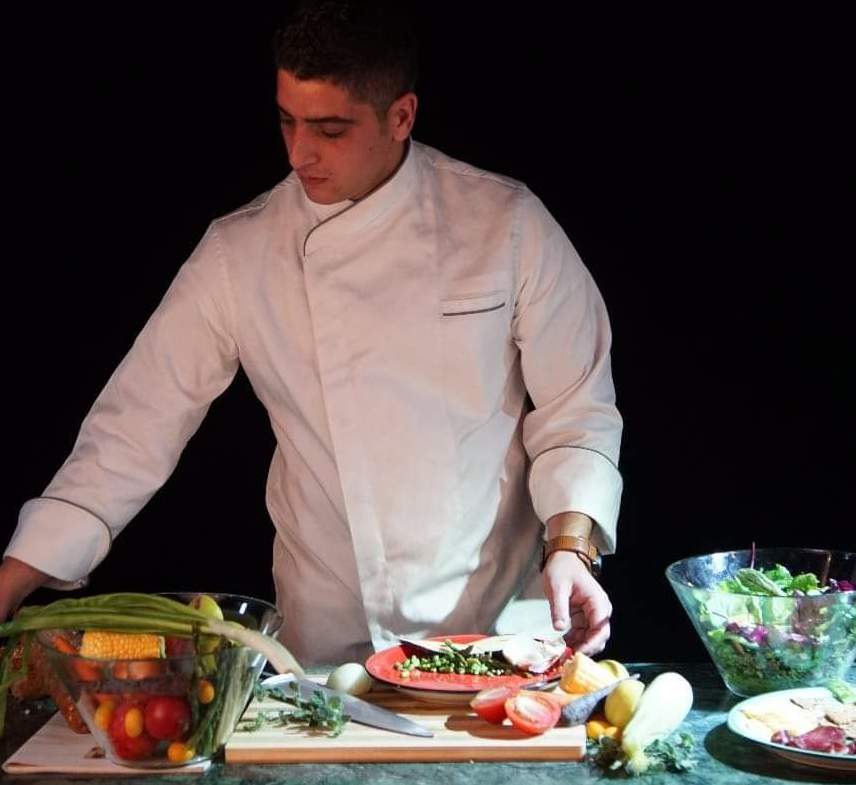 Knafeh is, among many other things, is the pride of Palestinian dishes. If you ever get the chance to visit a Palestinian home, you would surely be welcomed with warmth, respect, hospitality, food and of course, knafeh! When Palestinians make confections, they go full hog – no skimping on fat or sugar. However, you won’t find many chocolate, cake or pie-like desserts. The reigning star is the Knafeh Nabelsieh, made with shredded wheat, filled with cheese pastry soaked in sticky blossom syrup and sprinkled with pistachio. Be sure to go in hungry and leave calorie counting at the door!

This Palestinian dessert is often served at special occasions. It is made from kadaif dough (shredded phyllo pastry) which looks like vermicelli noodles. The dough is stuffed with warm goat cheese, drenched in syrup and topped with pistachios. This hallmark dish originated in the Palestinian city of Nables. Knafeh plays a central role in Palestinian cuisine. It is most famous throughout the Arab world including the Balkans. It is also featured in Turkish, Greek and Levantine cuisine. Baking Knafeh requires patience and care.

Want to know how to make knafeh? It’s not as hard as it seems, it just requires lots of hand mixing.

Ideally, you would use Nabulsi cheese. Nabulsi cheese is a white sheep or goat milk cheese, with a very mild yet slightly tangy taste and it melts beautifully and becomes elastic. If you don’t have the Nabulsi cheese you can use Akkawi cheese.

Putting it all together 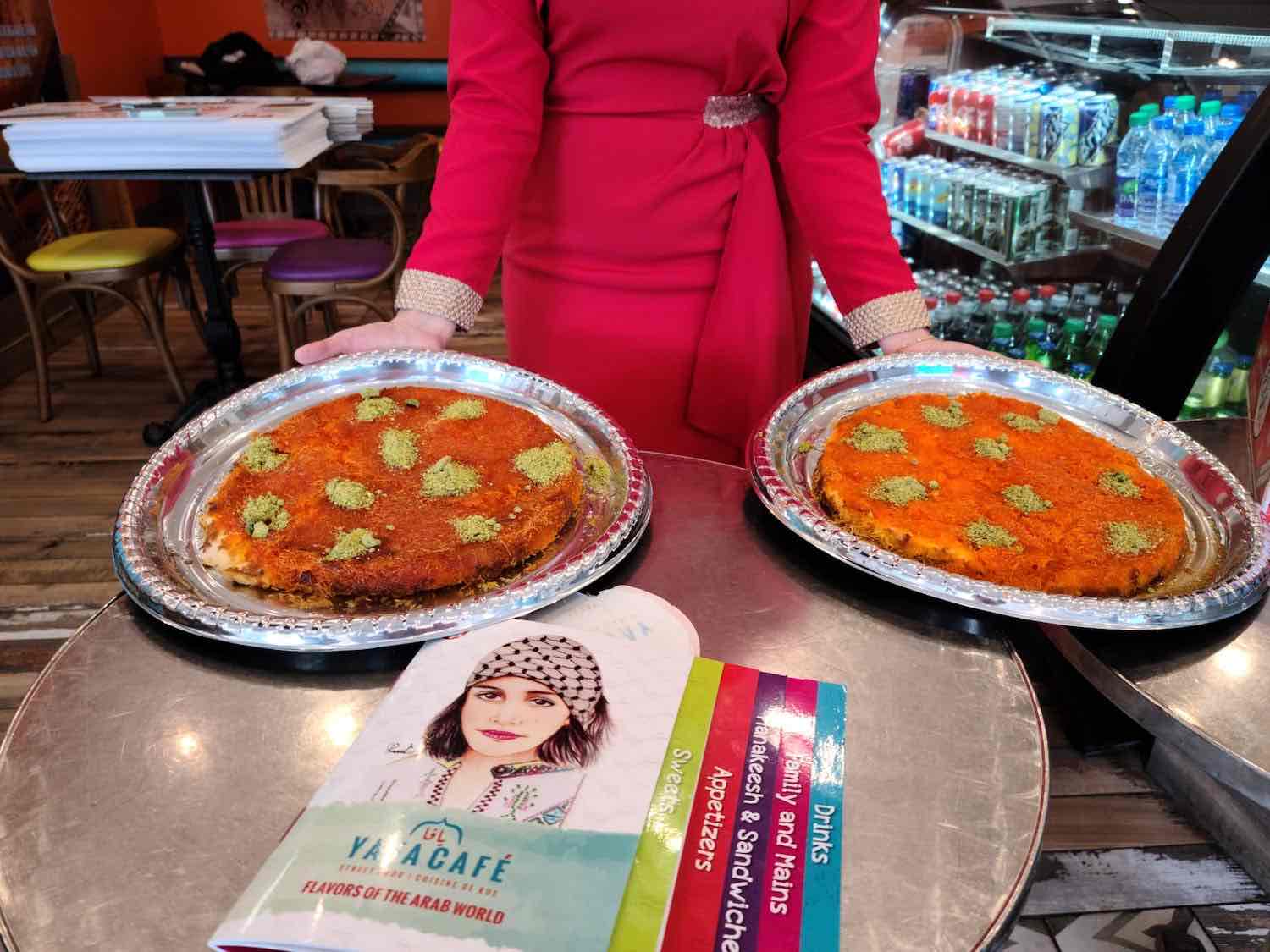 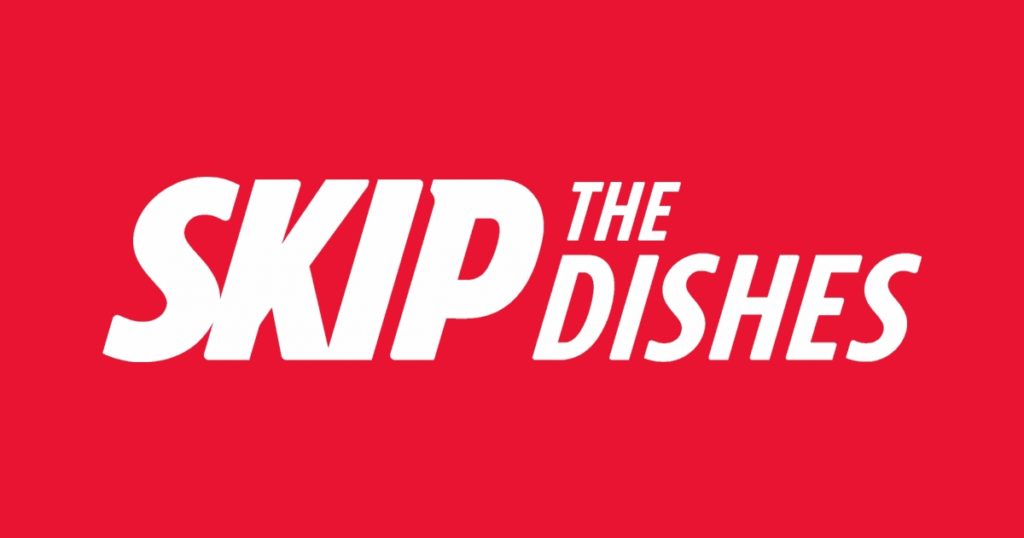